PAINFUL AS IT MIGHT be to accept, summer is nearing its home stretch. Sorry, somebody had to break it to you. Not that you shouldn’t get out and enjoy the last full month of summer to its fullest, but you might also want to start thinking about the season’s last big hurrah.

With Labor Day weekend starting in August this year, you’ve only got a few weeks to plan a warm-weather getaway. And on short notice, looking for somewhere close and cheap should be a priority. Here are a dozen locations driving distance from major cities that are affordable, interesting, and something different from the usual Labor Day locales. 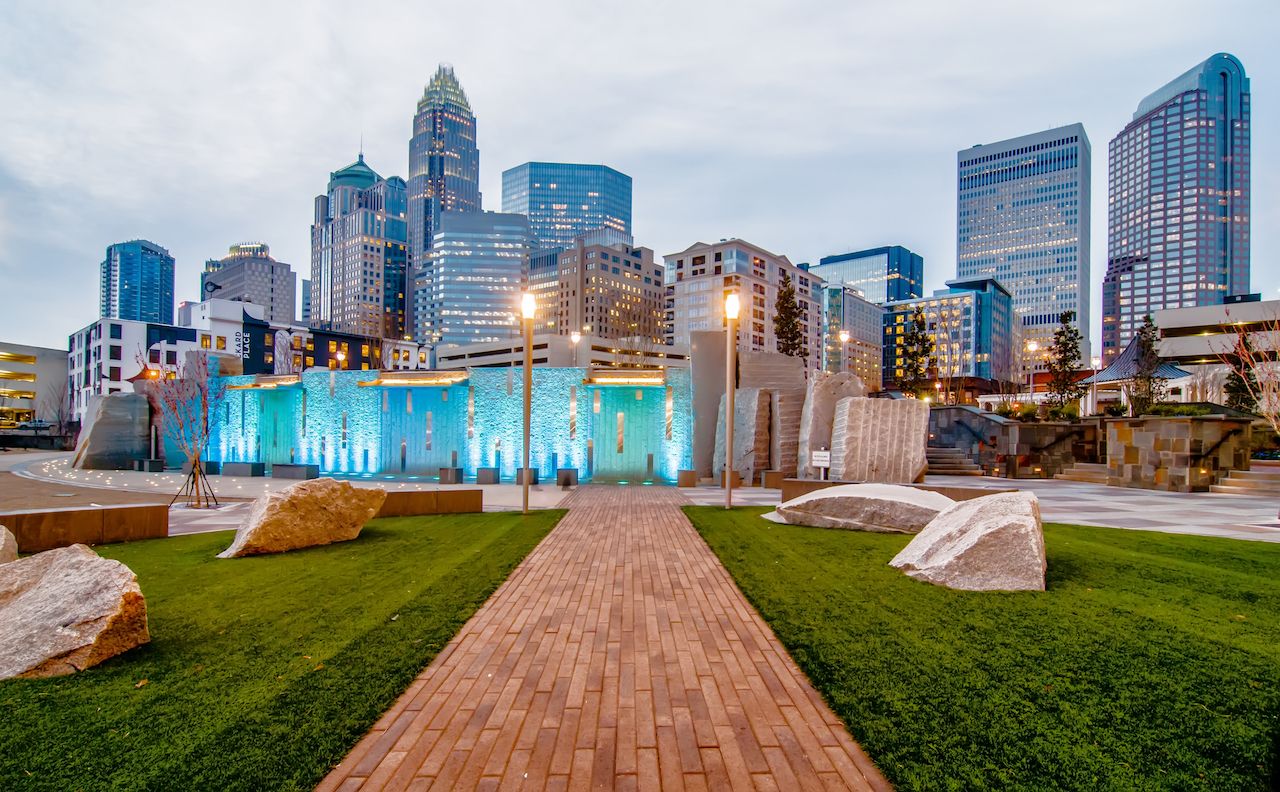 In tourism-happy North Carolina, sometimes its largest city gets overlooked when considering places to visit. But don’t sleep on Charlotte, where you can get drinks at the best rooftop bar in the state at Fahrenheit before heading out to acclaimed restaurants like Angeline’s and Merchant & Trade, paying a fraction of what you would in Charleston. The city also just opened the spanking-new Optimist Hall, a 30,000-square foot food hall from the makers of Atlanta’s Krog Hall, featuring 20 local vendors.

Charlotte’s also home to the US National Whitewater Center, where the Catawba River offers the most challenging artificial rapids in the world. Early September brings ideal temperatures to this part of the country, perfect for enjoying a game at BB&T Ballpark, a minor league stadium that you’d swear was in the big leagues if you didn’t know any better. 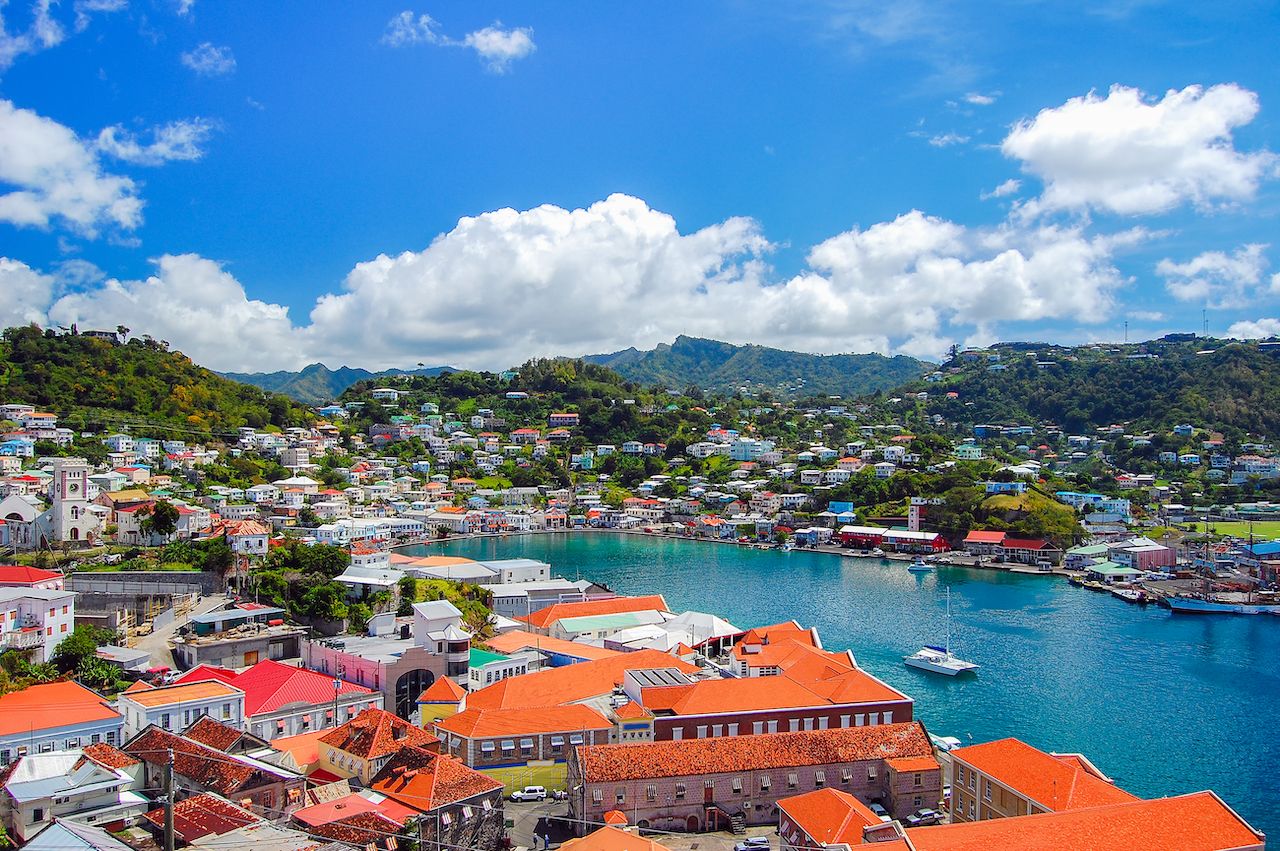 The tastiest island in the Caribbean might not be especially easy to get to, per se. But if you’re tempted by the chocolate, cinnamon, and bright colors of the Spice Island you won’t find a cheaper time to go than September. That’s when Grenada kicks off its Next Stop Grenada campaign, offering deep discounts all over the islands on everything from hotels to restaurants to scuba diving.

You can peruse the bevvy of offers here, but some highlights include 20 percent off at hotels like the Green Roof Inn in Carriacou, 40 percent off at Silversands, and 25 percent off at the Mount Hartman Bay Estate. You can also get free room upgrades and complimentary massages at some hotels, and half off your dive buddy’s dives and room at the Aquanauts Resort. 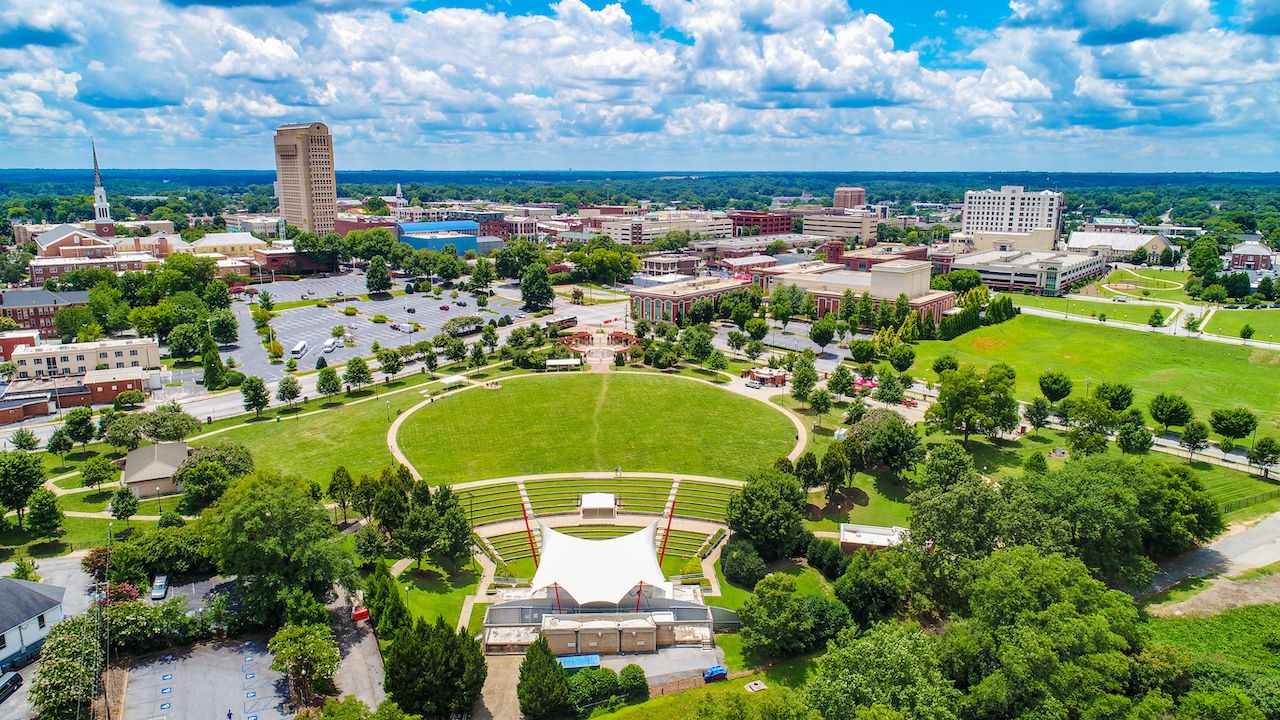 Long relegated to the shadow of its small-city-darling neighbor Greenville, Spartanburg is starting to come into its own as a legitimate destination. No time is better to discover it than Labor Day weekend, when the city gets a jump on Oktoberfest with SpartOberfest. You’ll be transported from late-summer South Carolina to mid-fall Central Europe, where traditional Oktoberfest German food, beer, and music are joined by a Christmas Market — if the holidays just can’t come soon enough for you.

You can enjoy all the southern-food staples you’d pay a lot more for elsewhere – from pimento cheese fritters at Cribbs Kitchen to buttermilk pie ant Blue Moon Specialty Foods. No, it won’t be a healthy Labor Day in Spartanburg. But it will be all you’d expected from a late-summer Carolina getaway. 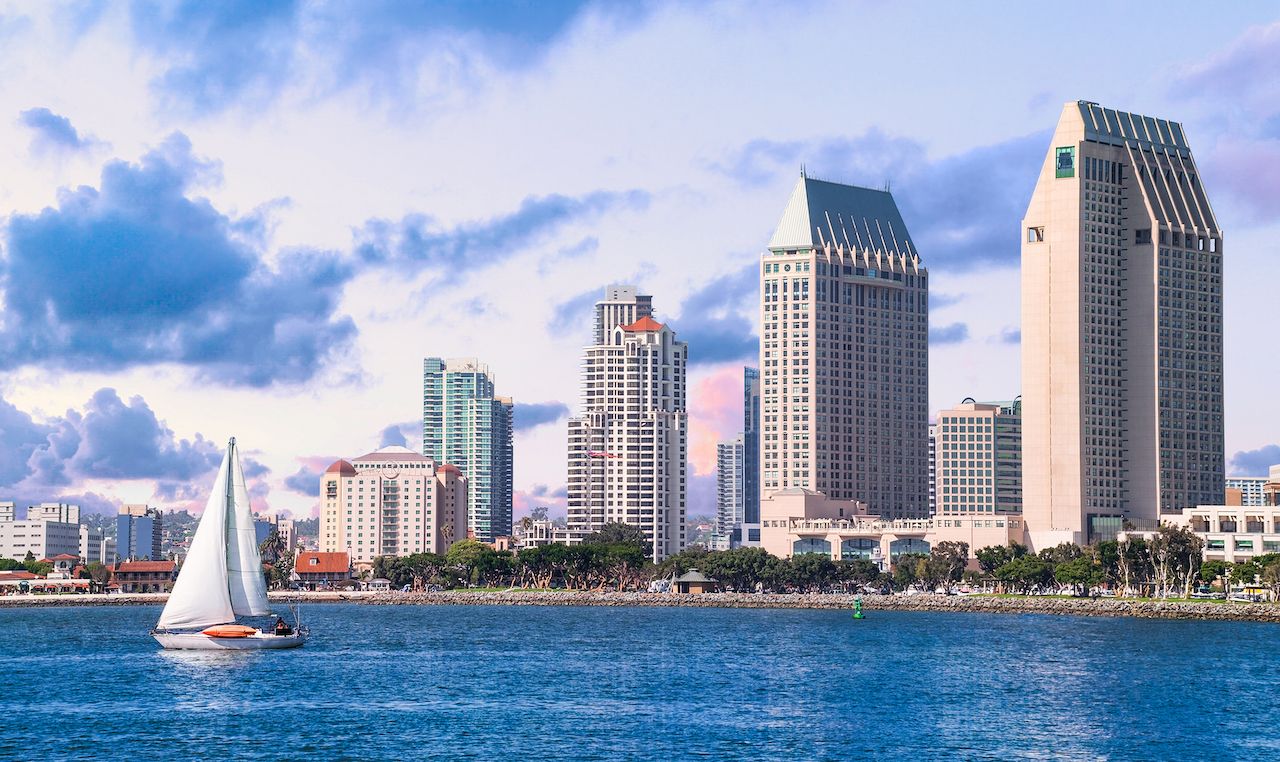 Not that spending a long weekend in San Diego is a groundbreakingly novel idea, but September typically brings the warmest temperatures of the year to Southern California, so it’s your best chance to have uninterrupted, balmy beach days. It’s a fairly easy drive from anywhere in the west, and you can find loads of cheap flights on Southwest and Alaska Airlines from anywhere in California.

Once there, you can enjoy the sands along Pacific or Mission Beach, gorge yourself silly in one of America’s best Little Italys or take in some live horse racing at Del Mar. The Chargers may be gone but the San Diego Padres still have a month left in their season, and even if you don’t like baseball, Petco Park is one of the best atmospheres in the game. 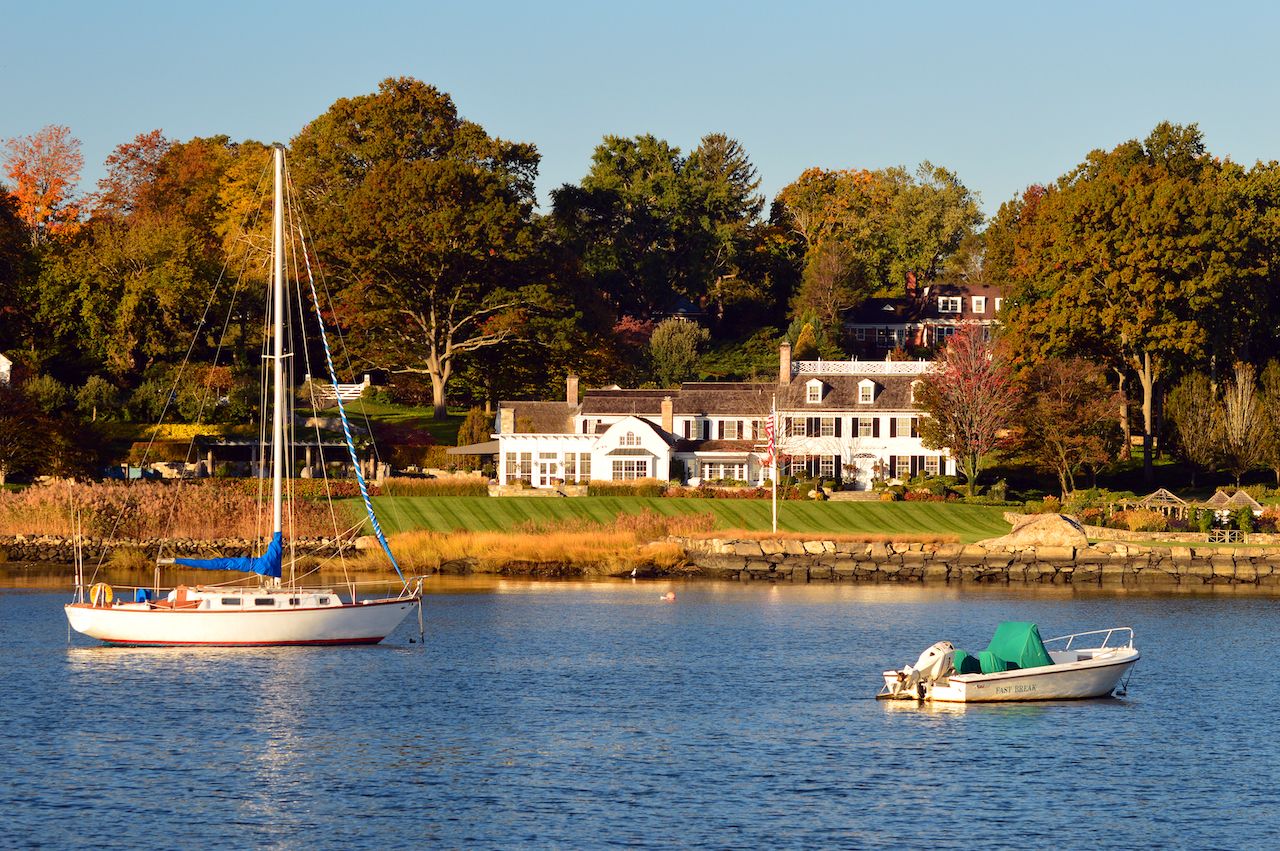 Looking to get out of the hectic NYC-area for Labor Day, but don’t want to deal with airports, shore houses, or anything involving the Hamptons? Jump on a train and head out to Greenwich, an affordable, easy ride from the city and so much more than a bougie bedroom community. It’s an ideal place to relax in nature, where you can birdwatch in the serenity of the Sachem Nature Preserve, meditate on the water at the Mianus River Park, or breathe in fresh oxygen as you run along the seven miles of trails at Audubon Greenwich.

You’ll have a far more serene beach scene than almost anywhere near New York when you hop on the Greenwich Island Beach Ferry to Island Beach. Or spend the say at a civilized public swimming pool in Byram Shore Park. Finish the day by grabbing some fresh oysters at the Elm Street Oyster House, and wonder why you hadn’t escaped to Greenwich sooner. 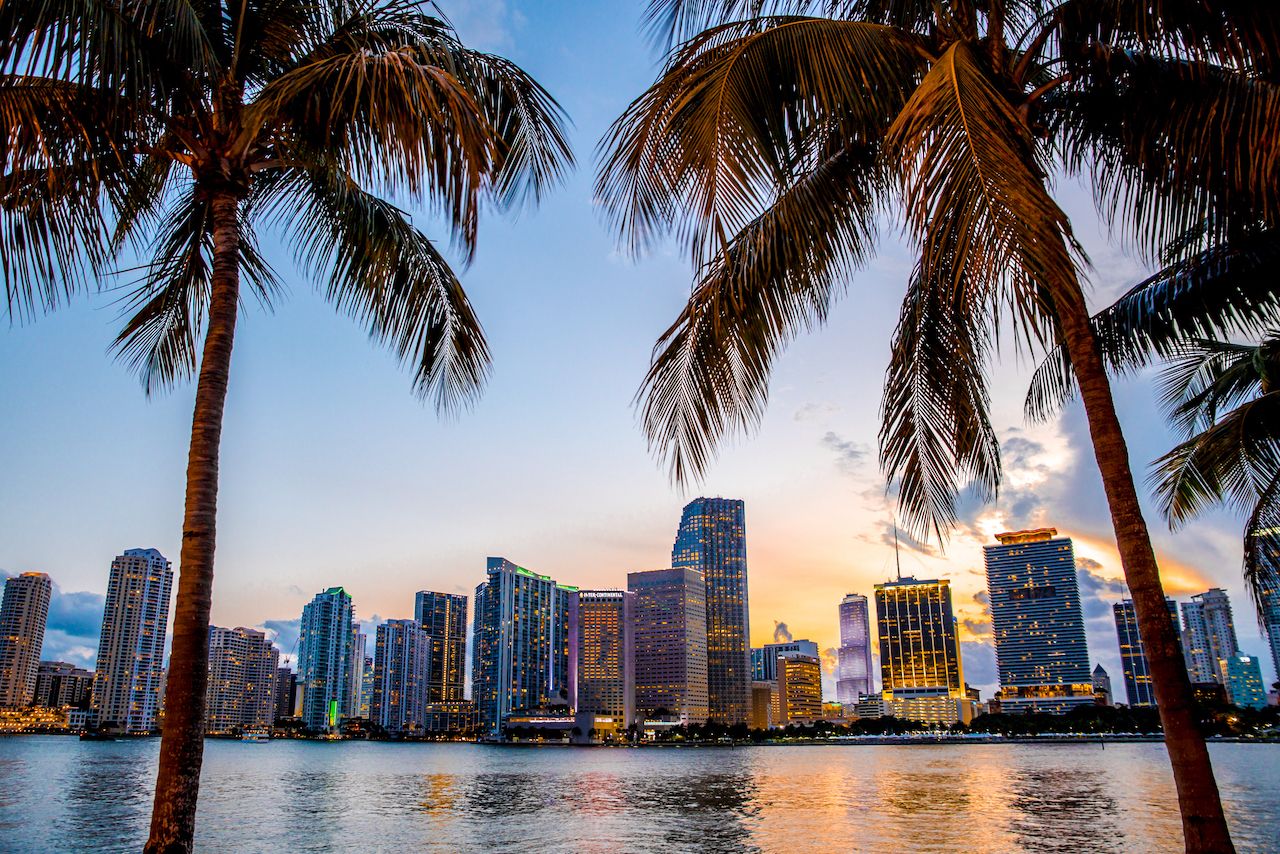 Very little in Miami is ever actually cheap. But as South Florida moves into fall with sticky-hot weather and perpetual threat of hurricanes, prices are as low as they’re ever going to be. This is best evidenced during Miami Spice, the city’s two-month restaurant promotion where spots that usually charge $32 for a chicken salad offer solid three-course menus for $39.95. The best deals are probably at Byblos — a middle-eastern fine dining spot that serves almost six courses — and any of the city’s best steakhouses like Red, StripSteak, and Bourbon Steak, which offer full steak dinners for less than what one cut usually costs.

If you’d rather not pay for food at all, a couple of Miami hotels are offering shoulder-season deals that make Spice look costly. The new Hyde Midtown Miami, for example, has a 20 percent off its normal rates and a $100 credit, which should be enough for one meal. Or you can stay on the beach at the Sole Miami and get up to $600 resort credit there, effectively paying for no food during your entire stay. 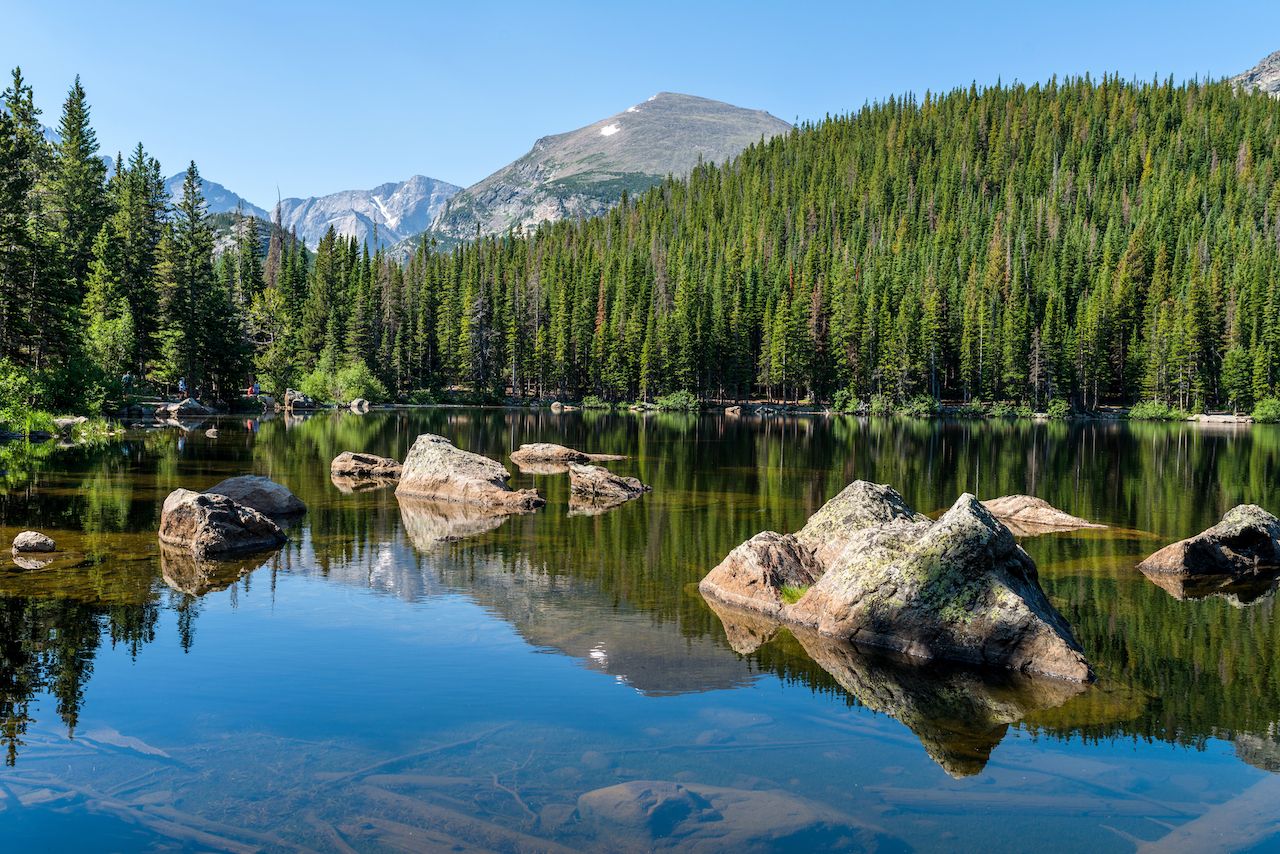 National parks during holiday weekend can create quite the conundrum: With record crowds your options are either dropping painful premiums at in-park lodges or cramming yourself into crowded campgrounds where you’ll wait 30 minutes to take a shower, if you can take one at all. Then sleeping on the hard ground after a nutritious dinner of beef jerky and Clif bars.

Not so at Rocky Mountain National Park, the odd national park with a YMCA right outside its gates. It’s fun to stay there, especially with log cabin-style accommodations where you can get yourself clean, have a good meal, and sleep your entire family in multiple rooms for less than $300 a night. You’ll find many ways to have a good time, including horseback riding, rock climbing, whitewater rafting, fishing, archery, and other outdoor pursuits. Construction worker and cop outfits not included. 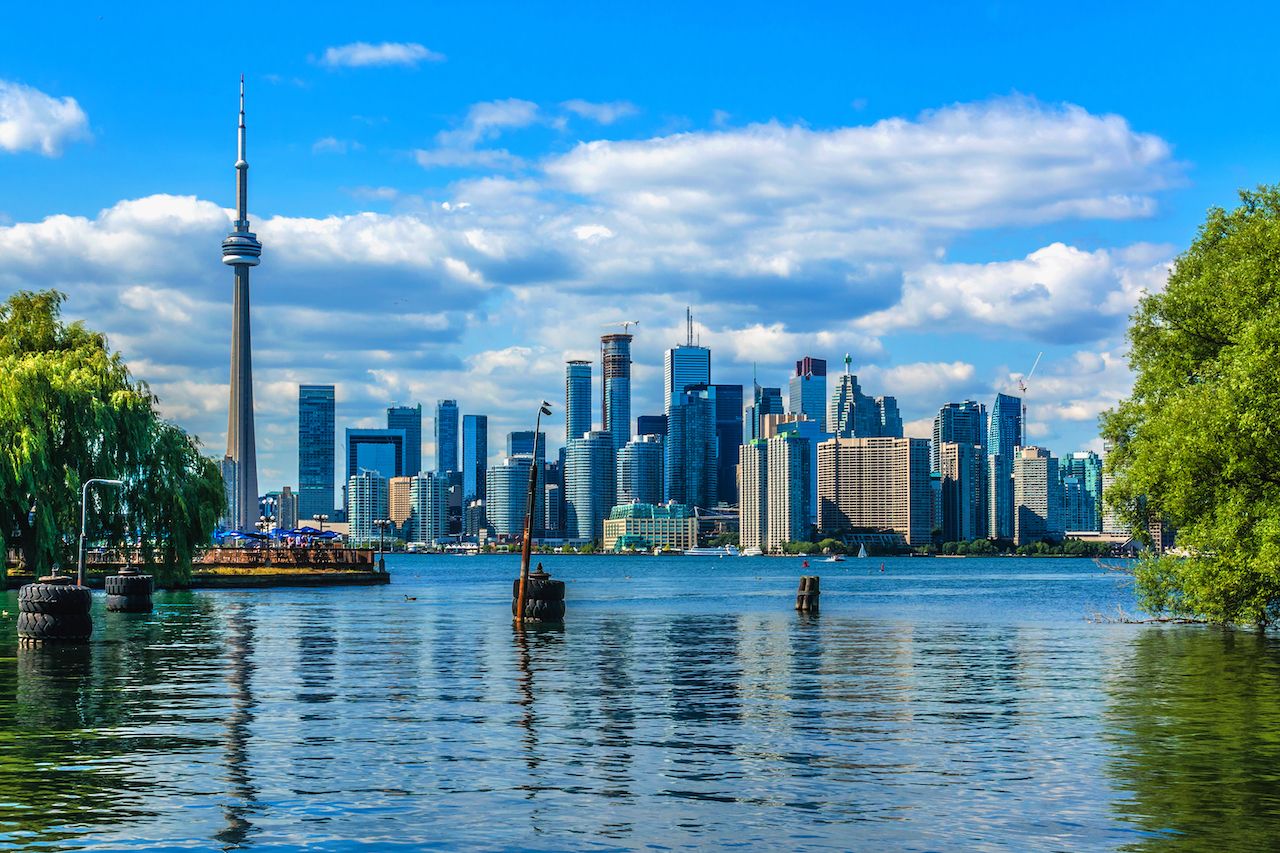 There are a limited number of months where you can hop over the border and visit the third-largest city in North America during good weather. But Labor (or Labour, if you want to go native) Day weekend puts you smack in Toronto’s sunny season, where you can hit its surprisingly good beaches or take in a Jays game at the Rogers Centre while the roof is still open. Summer mania — and the festival season that comes with it — has died down, and the city sits in a shoulder season where great rates on hotels abound. Especially with the favo(u)rable exchange rate.

In the city you’ll hear over 130 languages, and eat in one of three Chinatowns or suburbs like Brampton with the best Indian food in North America. Stick to the holes-in-the-wall and you’ll never spend much. You can also enjoy the blue skies while strolling the Toronto Zoo, or head inside and explore the Bata Shoe Museum, Casa Loma, and the Hockey Hall of Fame. 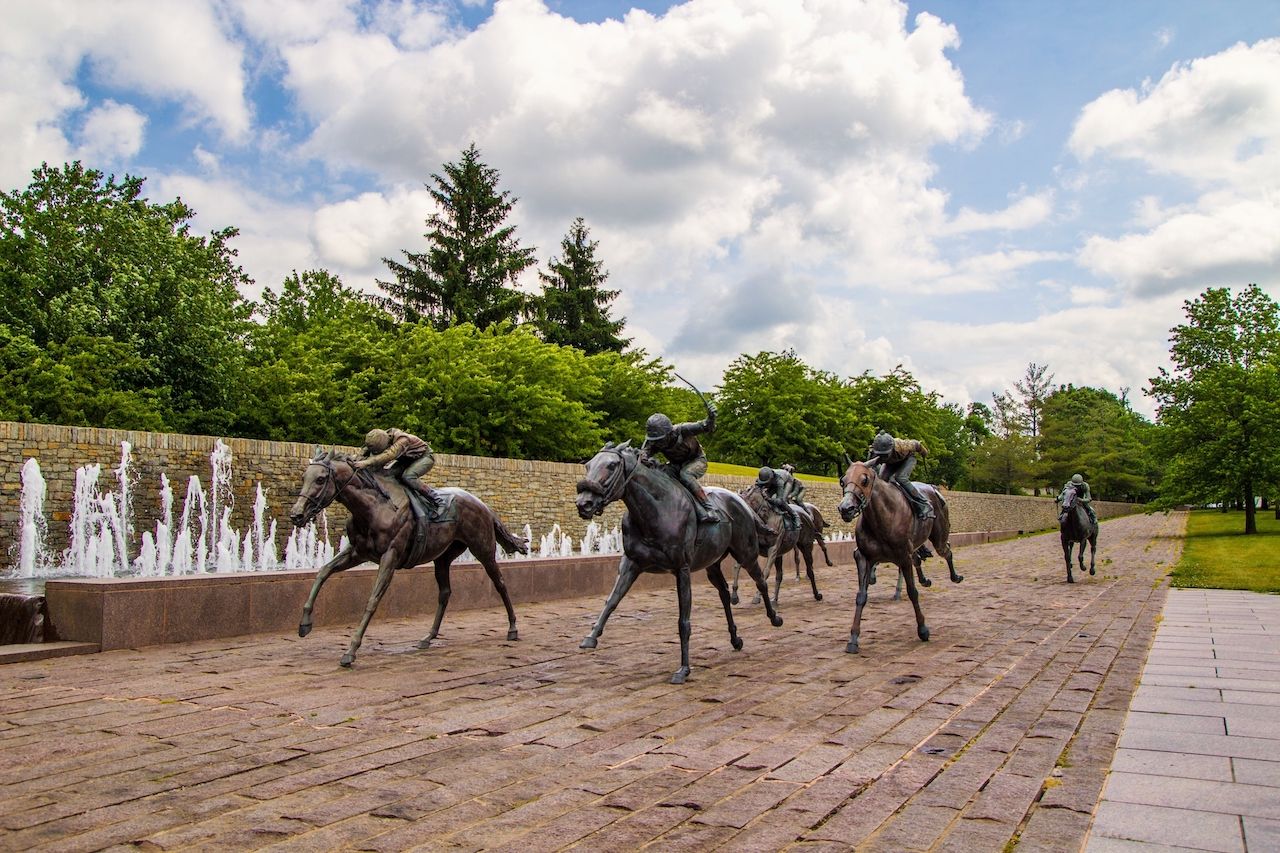 The heart of the Bluegrass State brings you closer to horses, bourbon, and calming rolling hills, with hotels, restaurants, and attractions cheaper than you’ll find in big cities. In Lexington you can hobnob with championship race horses at their retirement home — the Kentucky Horse Park — or visit Triple Crown winner Justify as part of the Horse Country program for $20. A tour of the fabled Woodford Reservedistillery is a scant $14. And you can take a tour of Kentucky breweries with the Brewgrass Trail Passport and pay about $8 a flight. 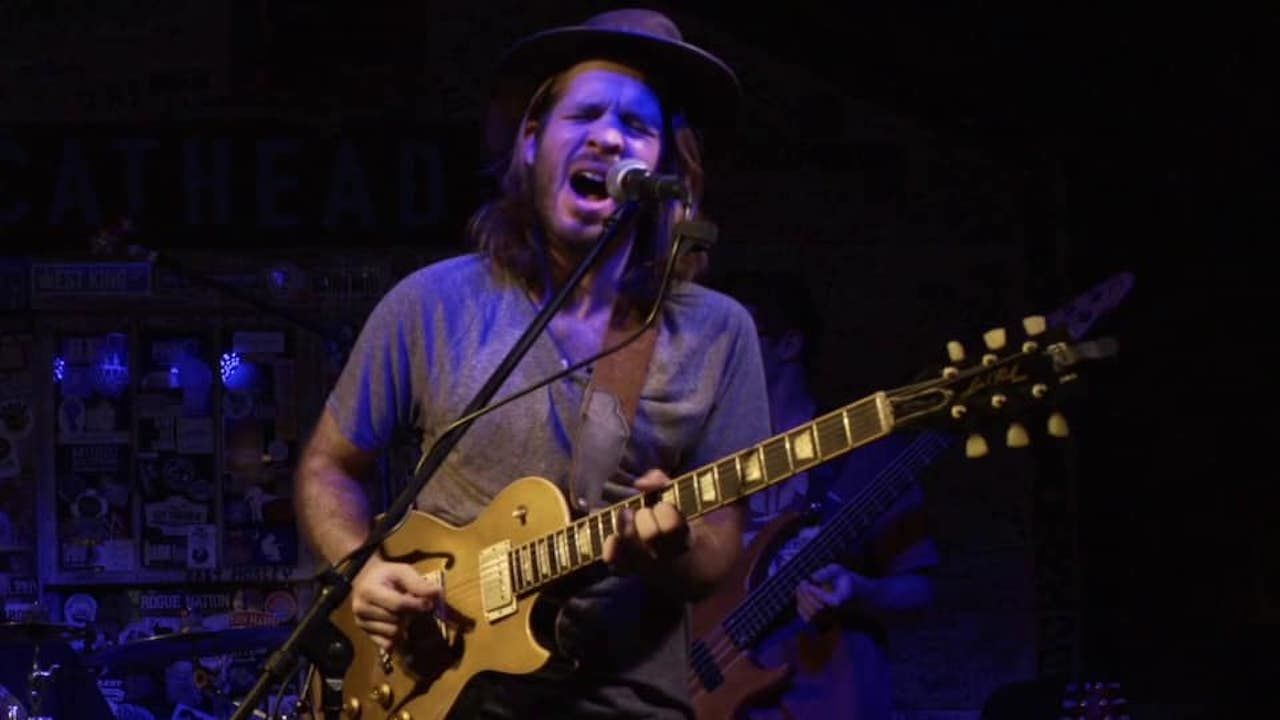 Nashville during Labor Day is going to be bachelorette party hell. Memphis might be less crowded, but can still be expensive. Instead, hit the third part of the Delta music triangle and stop in the birthplace of Elvis Presley; Tupelo, Mississippi. The city’s set up a self-guided Elvis Presley bike tour, where you can stop by the King’s most storied stomping grounds at your own pace, totally free.

Tupelo is also teeming with Deep South culture, the kind of foreign escape one looks for in travel. Stop at Clay’s House of Pig — located in a bait and tackle shop — where you’ll find the richest slow-cooked pulled pork in the state. Or head to King’s Chicken Filiin’ Station, an old service station with full fried chicken meals for less than $10. At night, stop into the Blue Canoe for country, rock, and blues acts as good as you’d find north in Tennessee. Plus, there are cheap craft beers and a burger topped with so much that it barely fits in your mouth. 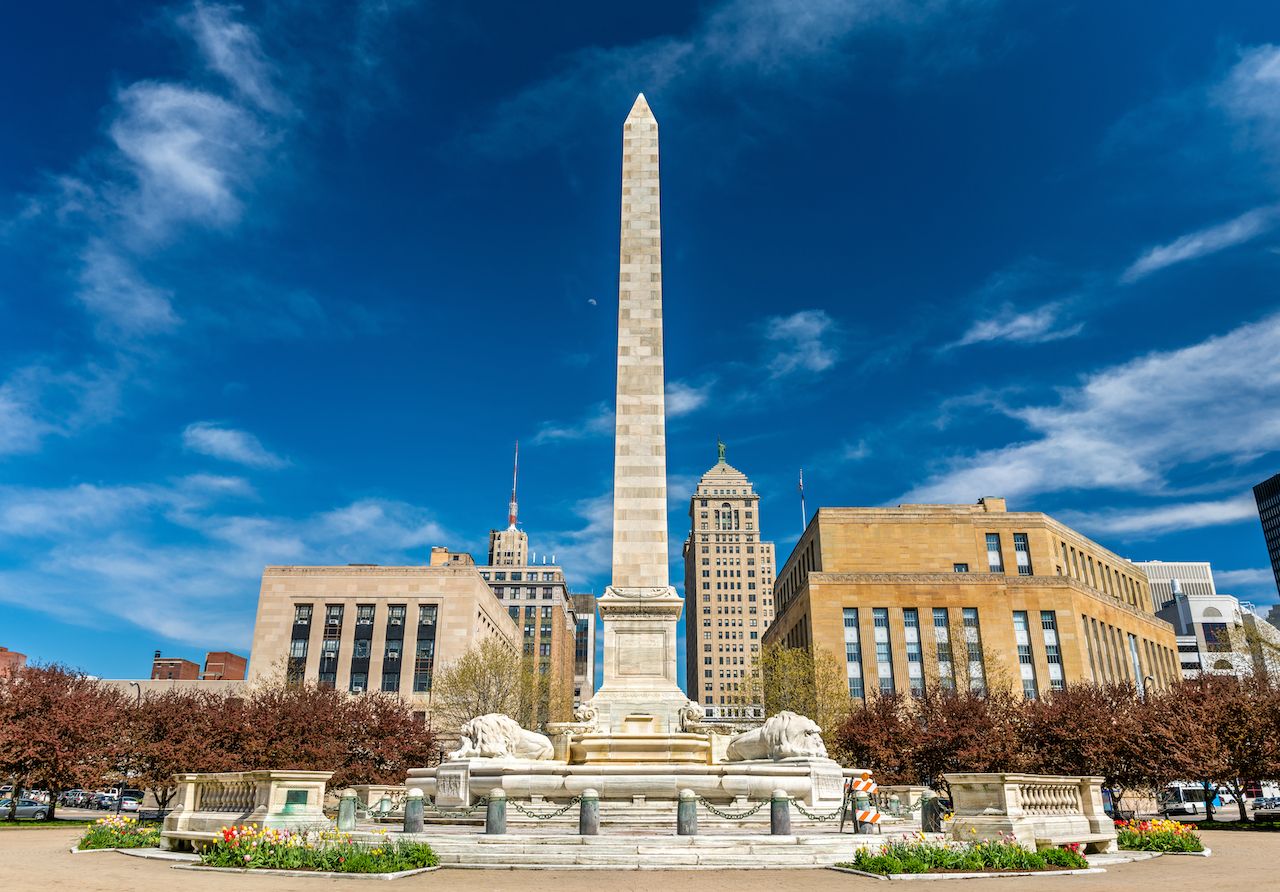 Though Buffalo has a great many great things to brag about — from historic architecture to the Albright-Knox Gallery — what most people know about it are its wings. And Labor Day weekend brings the biggest Buffalo wing gathering in the world to the shores of Lake Erie with the National Buffalo Wing Festival. Over 70,000 visitors from every state and 44 countries descend on Nickel City to sample wings made by America’s finest restaurants.

Once you’ve gotten your fill of wings, burn at least a few of them off by kayaking through old grain silos in Silo City. Or scaling the climbing wall alongside another old silo at RiverWorks. You can also visit the Martin House Campus, a Frank Lloyd Wright-designed mansion that just finished a $50 million refurbishment. And you can spend Labor Day sleeping in an old mental hospital at the Hotel Henry, a gothic maze of a luxury hotel that’s one of the most unique lodgings in the country. 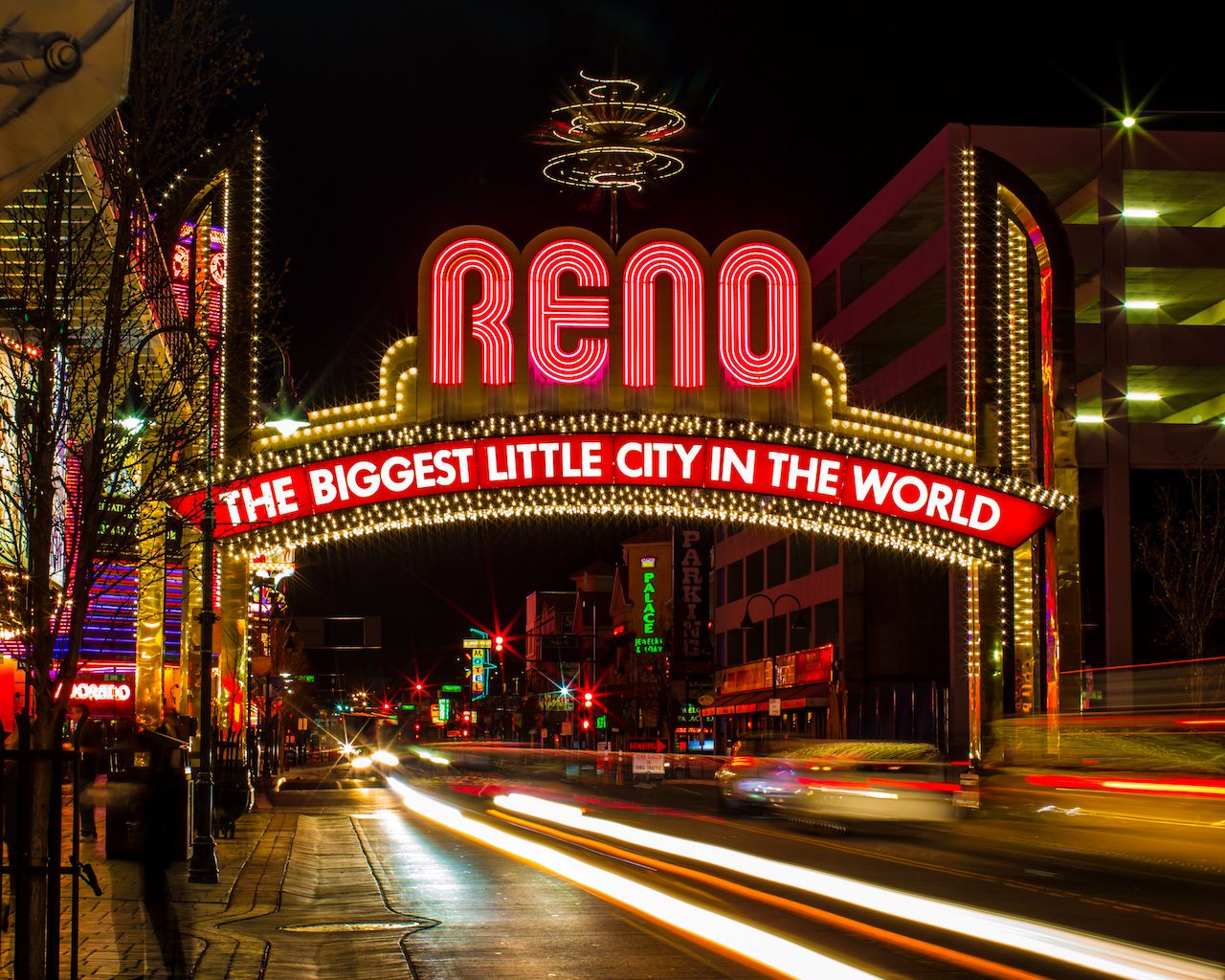 If you’re more into gambling and outdoors than $20 drinks and club lines, Reno is the ideal Labor Day alternative to Las Vegas. The Biggest Little City in the World still offers the disturbingly cheap hotels rooms and prime rib buffets of yesteryear, but has added some serious mountain recreation to go along with it. Head to the Whitney Peak Hotel and scale the world’s largest climbing wall for $17 a day ($10 for hotel guests). Then try the Mount Rose Trail and hike up to 360-degree vistas of Lake Tahoe. Those hikes are free.

In town, Labor Day brings the Best in the West Nugget Rib Cook-Off, where 240,000 pounds of ribs and live music are all available at no cost. You can walk it off while scoping the city’s best art during an Art Spot Reno tour for $10. Or you can meander along the Truckee River and enjoy the view of the mountains beyond, keeping an eye out for any errant Burners who happen to wander into town.